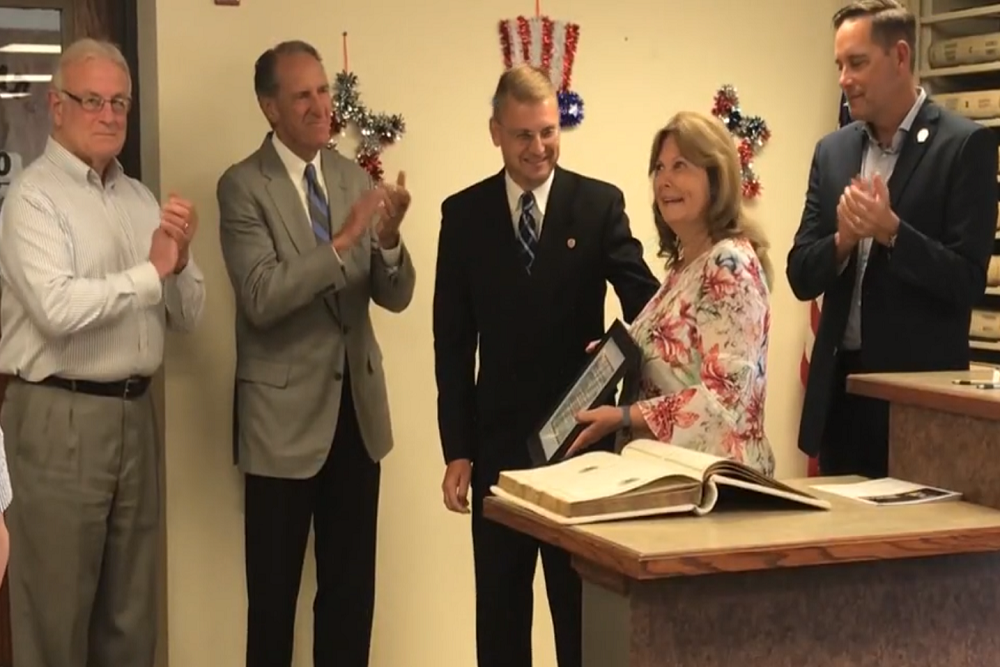 Last week, the Governor signed legislation carried by State Representative Tim Butler (R-Springfield). Senate Bill 1007, inspired by the research of Tazewell County Clerk John Ackerman and Deputy Clerk Sharon Sciortino, allows specified military service records to be made public in accordance with federal records so that military veterans may be honored for their service.

“I can think of few better ways to honor the memory of those who have served our country than by ensuring the records of their deeds will be more readily available to their descendants and future generations,” said Butler. “I want to thank John and his staff for helping make this legislation a reality. Through their efforts, three Civil War era Medal of Honor recipients from Tazewell County have been honored for their gallantry and I look forward to the opportunity to learn about more local heroes now that SB 1007 is law.”

As Butler referenced, Clerk Ackerman and Deputy Clerk Sciortino began reviewing the hundreds of military discharge documents held by the county several months ago. Their research found that three Tazewell County natives, including Thomas Murphy, were awarded the Medal of Honor for their actions at the siege of Vicksburg during the Civil War. Murphy was recently recognized by the House when Butler’s HR 293 was adopted.

While enough publicly accessible information existed to honor the Tazewell Medal of Honor recipients, previous state law prevented discharge papers and other service records from being released to anyone other than the service member, or a son or daughter. This meant the history of thousands of now deceased Illinois veterans was not accessible to their descended family or the posterity of history. SB 1007 ensures veterans’ stories will not be lost to history by allowing these records held by county clerks or recorders to be made public in line with federal standards. For privacy, personal information will not be part of the publicly released documents.

Having passed both the House and Senate unanimously this spring, SB 1007 was signed into law on August 16. A media reception was held at the

Tazewell County Clerk & Recorder of Deeds office on Monday (video here) with those who made the legislation possible, including Butler and State Senator Chuck Weaver, who carried the bill in the Senate.