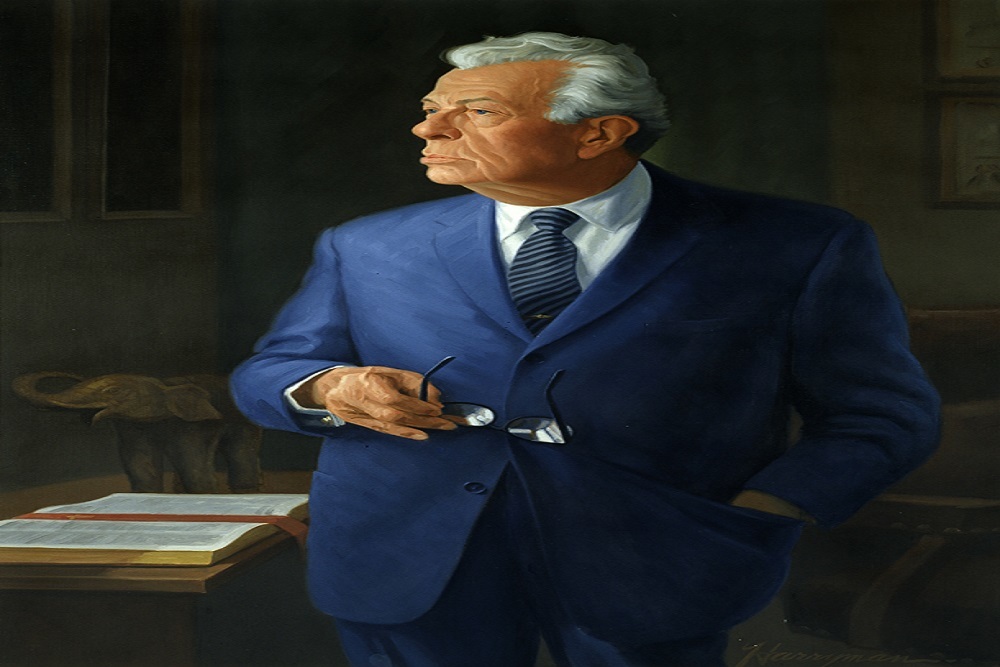 In May, House Resolution 419 was adopted by the Illinois House to memorialize September 7, 2019 in honor of the 50th anniversary of the passing of U.S. Senator Everett McKinley Dirksen. A service will be held at Glendale Memorial Gardens in Pekin, Dirksen’s resting place, on September 7 to commemorate the occasion.

State Representative Tim Butler (R-Springfield), who authored HR 419, said this of Dirksen, “Senator Dirksen was the type of statesman dedicated to serving the public good that seems oddly unfamiliar to us today. His leadership was instrumental in the passage of the Civil Rights Act of 1964, along with many other monumental pieces of legislation, and his legacy stands as a model of public service for others to follow.”

Dirksen served the citizens of Illinois as a United States Senator from 1951 to 1969 and as a United States Representative from 1933 to 1949. During his time in the Senate, he rose to the position of U.S. Senate Minority Leader in 1959, serving in the post until his death ten years later.

Dirksen played key roles in passing the Nuclear Test Ban Treaty, the Voting Rights Act of 1965, and the Open Housing Act of 1968. As Butler noted, the Civil Rights Act of 1964 was his crowning achievement, as he helped deliver 27 Republican votes to end a four-month filibuster.

Following Dirksen’s death, he laid in state in the U.S. Capitol rotunda before he was returned to his beloved hometown of Pekin to be buried at Glendale Memorial Gardens.

The September 7 memorial service will begin at 2 p.m. at Glendale Memorial Gardens, 18119 IL-9, Pekin. The event is free and open to the public and will begin with a wreath laying service at Dirksen’s grave. A reception at the Dirksen Congressional Center, 2815 Broadway St., Pekin will follow the memorial service.