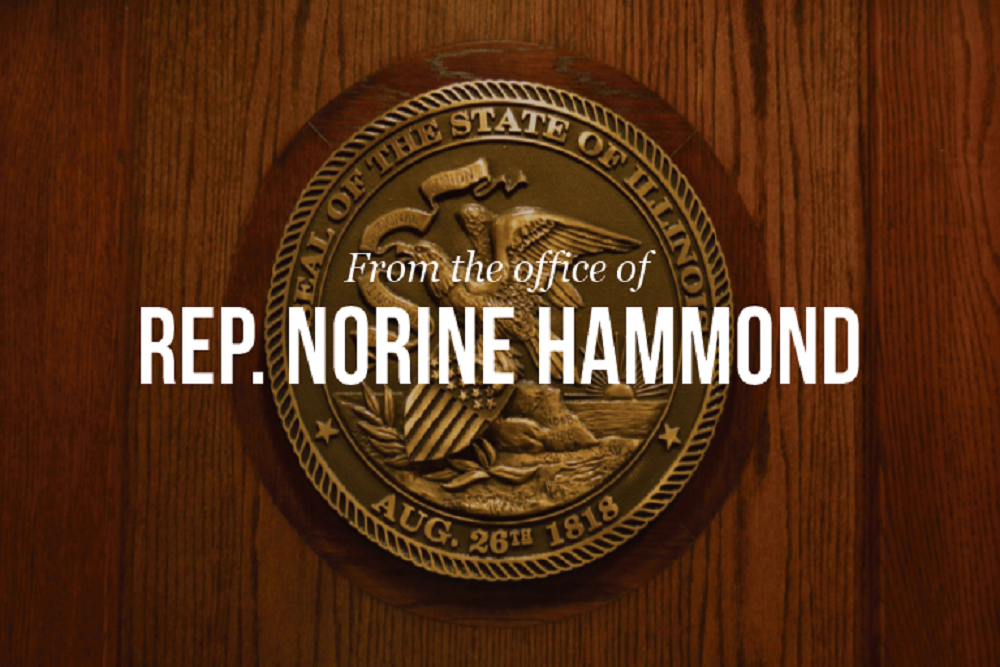 Our state faces many pressing issues – ever-increasing corruption, out-of-control property taxes, employers, small and large, closing their doors, and a public education system that is in great need of investment. All of these policy failures contribute to our state’s terrible out-migration problem, causing our communities, including many right here in western Illinois, to shrink instead of grow.

If you’ve picked up a newspaper or turned on the evening news recently, you probably know that there is a massive, sprawling federal investigation into corruption in our state. Just in the past few months, we’ve seen a sitting Democratic lawmaker indicted for ghost-payrolling, a former Democratic lawmaker plead guilty for taking bribes and committing tax fraud, and another arrested for bribery. And I’m sure that’s just the beginning.

This federal corruption probe has made the need for tough, comprehensive ethics reform even more urgent. I’m proud to say that I, along with a bipartisan group of colleagues in the House, have co-sponsored legislation to increase transparency, limit conflicts of interest, and work to prevent lawmakers from serving themselves instead of their constituents. I also support reforms to make the Legislative Inspector General’s more independent. Strong ethics reforms are absolutely critical to restoring the public’s trust in state government.

Ethical government starts with fair and honest elections. That’s why I am co-sponsoring a constitutional amendment to enact true, independent redistricting reform, commonly referred to as fair maps. Corruption starts at the ballot box when lawmakers are able to pre-ordain elections by drawing their own legislative district boundaries. Our Democratic governor campaigned on fair maps, but has been silent on supporting a specific proposal since taking office. It’s my hope we can get this done before the referendum deadline in May because voters shouldn’t have to wait another decade for honest elections.

We all know our state is inhospitable to business, whether it’s relatively high taxes or burdensome regulations. That hostile business environment has forced countless numbers of employers to close their doors, to the detriment of local governments, particularly schools, and local property tax payers.

Consider the recent closure of power plants in Illinois, including Havana. That plant was a major area employer and major contributor to the local property tax base. Now that they were forced to close due to new environmental regulations, we have less jobs, local schools will see less revenue, and property taxes will be shifted to area homeowners, forcing property taxes to increase even further. That’s wrong, and that’s why we need to enact reforms to lower property taxes and attract new jobs and businesses to our state. In the past, I have supported property tax reform measures and economic development incentives, and I look forward to continuing that work this year.

Similarly, the state must fulfill its constitutional obligations and become the primary funder of public education. Increasing state funding for public education will provide much-needed resources to local K-12 schools and will relieve the upward pressure on property taxes. Additionally, we must enact reforms to the school funding formula to make sure that community schools like Havana aren’t devastated when major employers close their doors. Students, teachers, and homeowners deserve stability and certainty in their classroom funding and property tax bills. And we know that education doesn’t stop after high school. The state must do its part to support vocational and technical education and also our higher education institutions like WIU to ensure that our citizens are properly equipped for today’s economy.

As your state representative, I am committed to working with lawmakers from across our state to find real, meaningful and lasting solutions to the problems we face. Solving these problems is absolutely critical, and I am hopeful that we will make progress on those issues and get the job done.

Want to get notified whenever we write about Illinois State House District 93 ?

Sign-up Next time we write about Illinois State House District 93, we'll email you a link to the story. You may edit your settings or unsubscribe at any time.