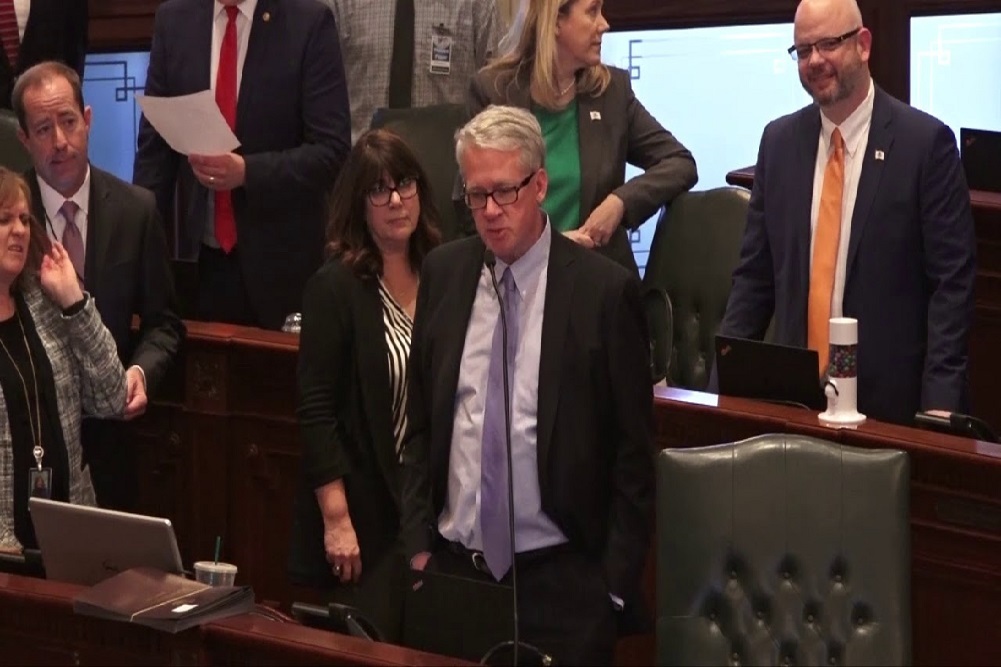 Welcome to 2020! With the arrival of the new year this week, 256 new state laws took effect. Several of these have been the subject of previous newsletters. Below are a few more.

Under a law which went into effect on January 1, a person who is accused of financially exploiting an elderly or disabled person can now be tried in any county where the offense occurred or where the victim resides. The law also specifies that consent is not a defense if the accused knew or had reason to know that the victim lacked the capacity to consent.

A new law will help small, rural townships find a road commissioner if they are unable to select one locally. A township board may now appoint a non-resident or someone who has lived in the township for less than one year as a highway commissioner, or contract with a neighboring township for a commissioner. To be eligible to do so, the road district must be located within a township which does not have an incorporated town, has a population of less than 500 and have no one living in the township who is qualified and willing to serve.

Small school districts sometimes run into difficulty filling vacancies which occur on their school board. Under a January 1 change in state law, those districts will now have more time to fill those vacancies. The old law gave the district 45 days, but they will now have 60 days to appoint someone. If after 60 days they are still unable to fill the vacancy the regional superintendent will do so.

Illinois farmers have been required to pay a $250 registration fee for certain farm wagon trailers which are used to spread fertilizer. As of January 1, that requirement no longer exists. The new law also repealed certain width and weight restrictions for single unit self-propelled agricultural fertilizer implements.

A new law allows a person to request a judge to issue an emergency take-down order to remove private compromising images of the person which have been posted online. If a person is found to have posted a private, compromising image of another person online, that person is liable for damages, with the court having the discretion to set the amount.

How much do we owe?

As of the time of this writing, the State of Illinois owes $6,293,295,419 in unpaid bills to state vendors. One year ago, the backlog stood at $7.1 billion. This figure represents the amount of bills submitted to the office of the Comptroller and still awaiting payment. It does not include debts that can only be estimated, such as our unfunded pension liability which is subject to a wide range of factors and has been estimated to be more than $137 billion.

As we enter the new year it is a good time to visit the Secretary of State’s Driver Services Facility in your community and apply for the new REAL ID Illinois driver license. The deadline to obtain one for use as identification in airports, federal buildings and certain other secure facilities is October 1.

Federal law enacted in the aftermath of the September 11 terrorist attacks requires each state to upgrade its procedures for creating and issuing photo identification cards. Illinois obtained a series of extensions as it finalized its process, and now it has begun issuing these new federally-compliant ID cards. After October 1 the old Illinois driver license or Illinois ID card will no longer be accepted as proof of identity for boarding airplanes or other purposes.

Much information about the new ID cards, including the documents you will need to bring with you to apply, and the process of producing and receiving your new REAL ID compliant license or ID card, can be found by visiting https://realid.ilsos.gov/.

January 6 is the birthday of Illinois poet Carl Sandburg. Sandburg was born in Galesburg in 1878. His first book of poetry was published a few years after he returned home from the Spanish-American War. He wrote a Pulitzer Prize-winning biography of Abraham Lincoln in 1940 and won another prize for a collection of his poems in 1951. Sandburg died in 1967.

Want to get notified whenever we write about Illinois State House District 106 ?

Sign-up Next time we write about Illinois State House District 106, we'll email you a link to the story. You may edit your settings or unsubscribe at any time.